To figure out what Knolls students are planning on doing for Halloween around 160 students were surveyed using google forms.When asked what people are planning on dressing up as the most creative responses were “Something interesting like a monkey” and a “Plague doctor”. The chart below shows the percentages of students who plan on dressing up for each type of Halloween costume listed on the key to the right of the pie chart. 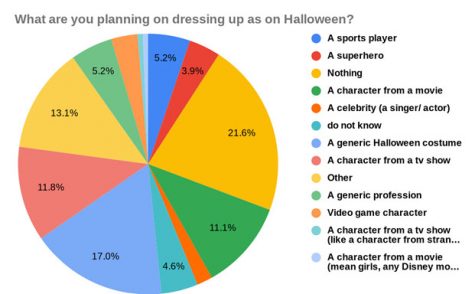 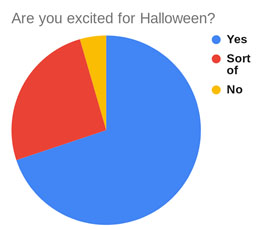 Even though students have more responsibilities now that they are all highschoolers and even though they feel they are growing up, Most Knolls students seem to take this night to have fun, and allow themselves to be kids for a little while longer. In doing this students can, as Henna Sohail says, “See the world through the eyes of [their] inner child. The eyes that sparkle in awe and amazement as they see love, magic and mystery in the most ordinary things.¨