Will we See Broadway Again? 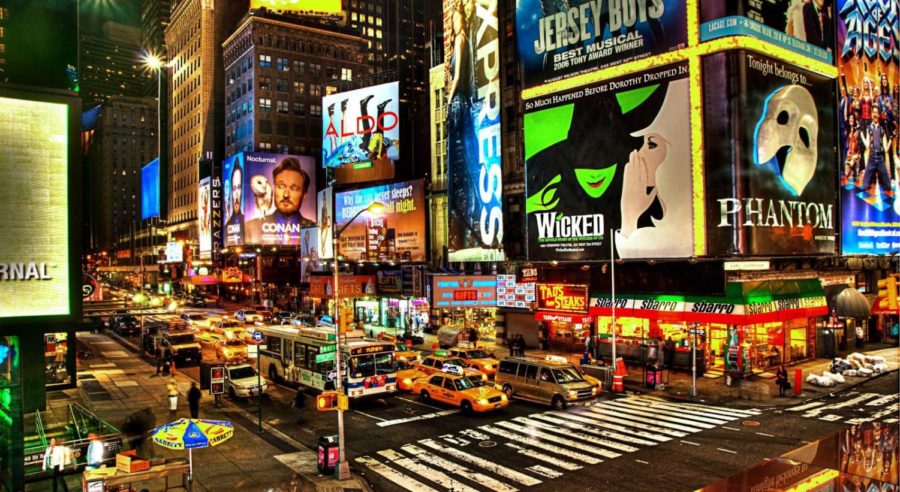 The bright lights and grand stages of Broadway have not seen audiences for a long time. At the beginning of the pandemic, Broadway shut down to protect audiences from being in close contact with each other. However, the show must go on and shows are scheduled to open again in late May when the pandemic has been controlled enough to safely allow for large gatherings. APA theater teacher Mrs. Garry said, “I think Broadway will come back better than ever by next fall! If we reach herd immunity, I think we will be able to see the shows, although we may be masked.” Even our own spring musical is in the works: Godspell! The show will be virtual and live streamed at 7 pm on April 29- May 1.

There are many different types of shows that producers hope will be able to reopen to the public when it is safe. Some are based on the lives of people such as the musical Hamilton written about Alexander Hamilton or Ain’t To Proud- The Life and Times of the Temptations written about the musical group The Temptations. Others come from the Disney stories we all know and love such as The Lion King and Aladdin. APA sophomore Umika Singh said, “I absolutely love Disney musicals! They remind me of my childhood and bring such a dreamy affect. I love seeing the way that Disney brings their performances onto the stage. My favorite part would have to be seeing what actors were chosen for the roles.” Some are based on books or movies like To Kill a Mockingbird and  Moulin Rouge! The Musical. Academy for Performing Arts theater sophomore Elijah Dor said, “Of course my favorite musicals are based on books or movies. I like to compare the two and see the similarities and differences of each one. It’s cool to see the creative process of each production or book.” Whatever style show you like, there is something for everyone on Broadway. APA sophomore Mark Hebish said,  “My favorite musicals are usually Disney and ones that are based on books, but of course I love watching a classic every once in a while such the Phantom of the Opera.”

Whether you like watching your favorite Disney story come to life onstage or watching a book you read come to life, Broadway has something for every type of person.

A survey asking what type of Broadway show you most prefer is posed on the MK Quill website. Vote for your favorites.