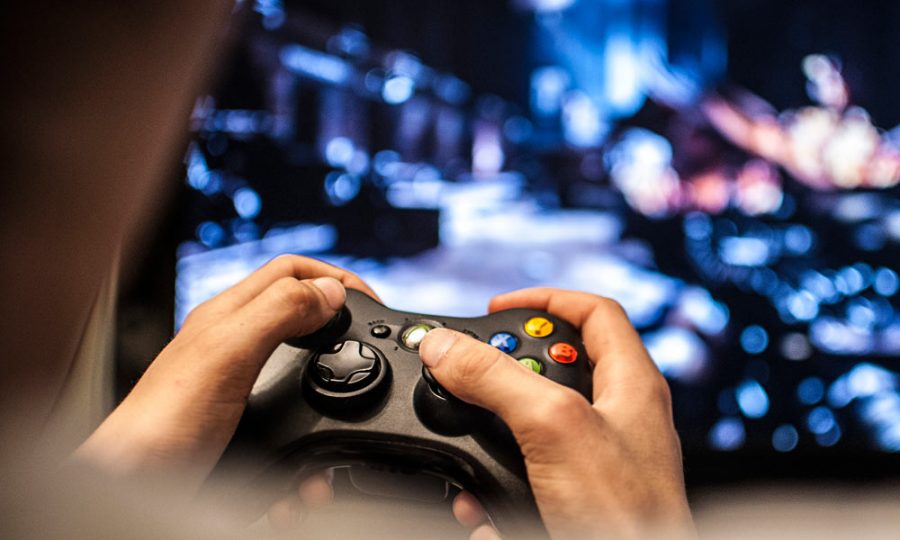 Video games are extraordinary, ranging from XBOX Consoles to the PC to the PS Consoles, video games are becoming more popular each and every day. Numerous stores are selling these new, fun and enjoyable  products, and everyday there are types of discounts for these games. Another reason video games are special all around the world is because of their enormous variety. These varieties can span from action, shooting, sports, strategy, music/party, all the way to educational games. The following is a list of today’s most popular video games.

Dead Cells is a game published by Motion Twins. This game is about a character who has one life to make it as far as possible. It is very fun as there are multiple combinations of weapons to work with. Each level increases in difficulty which the player can learn from. Also, it contains a dazzling 2D pixelated screen to keep the gamer invested.

Shadow of the Tomb Raider is a huge improvement from the 2013 version. It has bengal tigers with a mix of grizzlies in the Siberian wilderness. It relates to the Mayan apocalypse and the background has fascinating views and vivid sound design. Every action will make you anxious about what is going to happen next and this creative aspect is what makes this game an exciting experience.

This game has lived up to its hype and intensity. There are impressive gun mechanics and stunning graphics, but the main aspect is its game modes. Its battle royale is interesting and challenges the game Fortnite. There is also a zombie mode, including the undead people phase during the sinking of the Titanic. Future updates and downloads will  test the game’s strength.

Fortnite started as a and is now being played by over 200 million people all over the world. The developers of this game have  kept it very interesting by improving its balance, adding/removing game elements, and starting new ‘seasons.’. This game has a mix of looting, shooting, and building and is very fast-paced, especially with friends. Even when talking through the microphone on your controller or your PC to your friends, it brings a creative aspect.

Subnautica, is an underwater survival game after players crash land in an oceanic foreign world. This game’s developing and intriguing sci-fi storyline will definitely hook gamers. In this game players will dive among tropical reefs filled with adorable fish but as players  go deeper, less friendly creatures await.

Jumping off the Empire State Building over the crowded streets is basically the concept of the game. The way Spider-Man jumps off the buildings and his athletic combat is well developed. Peter Parker’s actions throughout Manhattan are  calming The game shows New York City as a heart-stopping digital playground where players will want to swing forever.

This game is surprisingly popular as it is another take on the strategy game of Tetris. With electronic music and emphasizing visuals, they have created something extraordinary. The levels slowly build with intensity. At the beginning there is gentle music with calming images floating; however, as the levels increase, players have to make lines while loud music plays and visuals explode.

This game has a plot that relates to Norse Mythology, you know like Thor? The location takes place in Midgard and has a similar storyline to Thor. The storytelling, action sequences, art direction, and high approach to the world makes one of the greatest anti – hero stories ever told. The game is about a Greek demigod named Kratos who is mad, and kills all gods of a religion/people. Throughout the versions of the game, Kratos has evolved and he and his son’s slow connection throughout the game makes it truly impressive.

Celeste can show continuous amounts of death which will help overcoming depression and anxiety. This is because in both scenarios, it is needed to fight very hard to overcome both situations. The character, Madeline, is determined to summit the mountain Celeste, with pixelated actions, wall jumps, and climbs through the levels of this 2D haunted world. Madeline is fighting her own self-doubt on her difficult journey of realization. This game is about celebrating accomplishments and having death count as a badge of honor. Overall, it is about perseverance, failure, and self care all told through a classic game.

The main character that is being played is Arthur Morgan. This game is all about art direction. Arthur is a cowboy and pastoral walking simulator with hunting, fishing, horse training and old-fashioned robbing. This game relates back to RDR1 with legendary animals, rare weapons, and a never ending mix of challenges and collectibles. This game feels like a next generation game, as it goes against open world normalities and art constraints setting the bar for years to come.