Cleaning of the Pacific Garbage Patch 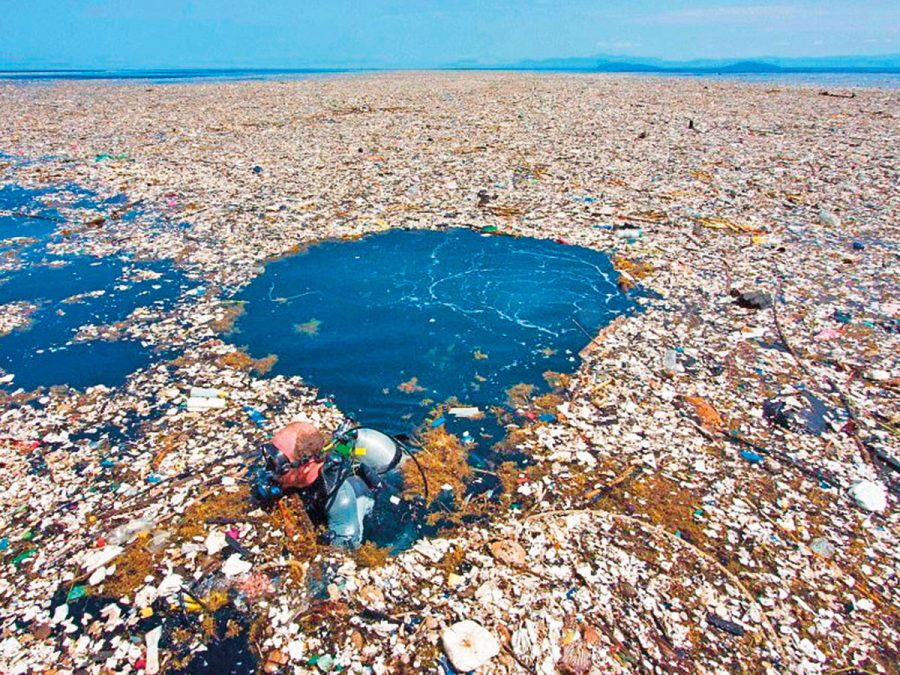 The Pacific Garbage Patch is a notorious location in the Pacific Ocean that is full of plastic pollution. Twice the size of Texas and growing, this location continues to collect garbage that floats in the ocean, worsening the effects on the surrounding ecosystems and environment. Read on to find out how it endangers our planet and how it can be cleaned up.

The garbage patch seriously harms marine wildlife. Many sea creatures mistake the garbage for easy food, leading to a disastrous effect on the general population of these species, such as endangered sea turtles, mistaking plastic bags for jellyfish. Earlier this year, a notable project called The Ocean Cleanup System 001 began to take action. 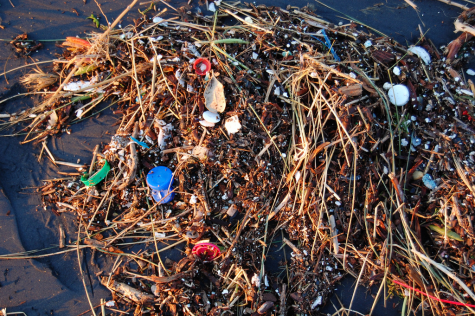 Plastic in the marine environment can appear somewhat like this. 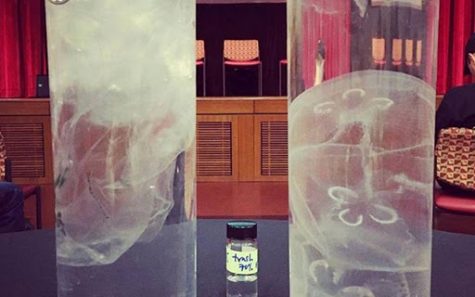 A tube of plastic bags compared to a tube of Jellyfish.

The Ocean Cleanup System 001, designed by Boyan Slat, is a large, passive system that flows with the current with a 600-meter-long floater which sits on the water’s surface while a 3-meter deep skirt flows underneath. The buoyancy of the floater and the skirt are designed to keep any collected plastics and garbage contained within their parameters until it is collected by extraction boats. This system is not powered by motors or sails like a boat, but is powered by the wind and the waves which propel the contraption, pushing it along faster than the plastic, henceforth allowing it to restrain the plastic and other garbage in the area.

One of the major questions taken into account is how this massive system could protect sea life from being trapped in its path. As the Ocean Cleanup System’s skirt flows three meters underwater, it seems that it would catch wildlife swimming through. However, the speeds at which the system moves would be slow enough for any marine life to swim away. The skirt is also made up of impenetrable material causing the current to flow underneath it and leading any marine life under and out of the system. As the plastic will be collected periodically, people will also check for any marine life that may be trapped there as they collect the plastic.

Another key feature of the system is its durability; it needs to be able to withstand some of the harshest conditions in the ocean. Through numerous tests, the cleanup system is designed to be flexible enough to follow the waves and drift at high current speeds. Equipped with GPS systems and other monitoring devices (all solar powered), the system can relay information about conditions and objects like ships which pass by infrequently.

The Fate of the Plastic

Investigated by the staff themselves, the collected plastic could be reused once it is collected. From previous studies on plastics from the ocean, they could be utilized and converted into higher quality items and products to be used by the general public, like chairs, sunglasses, or even phone parts. This would ultimately make the cleanup effort stronger with the public involved, preventing the plastic from returning where it came from.

Updates to the System

The Ocean Cleanup staff constantly checks upon its system located in the San-Francisco Bay area, posting milestones or updates accordingly. Some of these include the launch of the machine and its trial run, updates about these trials, necessary tweaking to the system, and status updates about it. Unfortunately, the system, contrary to predictions, has not been retaining plastic like it was predicted to. As of the new year, the Ocean Cleanup System 001 has returned to port for structural maintenance, repair, and upgrades to ensure it functions properly after being unable to contain plastic and that it can handle damage to some parts of the snake-like structure. More information is available at the Ocean Cleanup System on their website or follow them on social media.

The Ocean Cleanup System is a huge step to cleaning up the future. With improving technologies and gathered data, it is constantly being improved upon and remains a bright hope for the future.