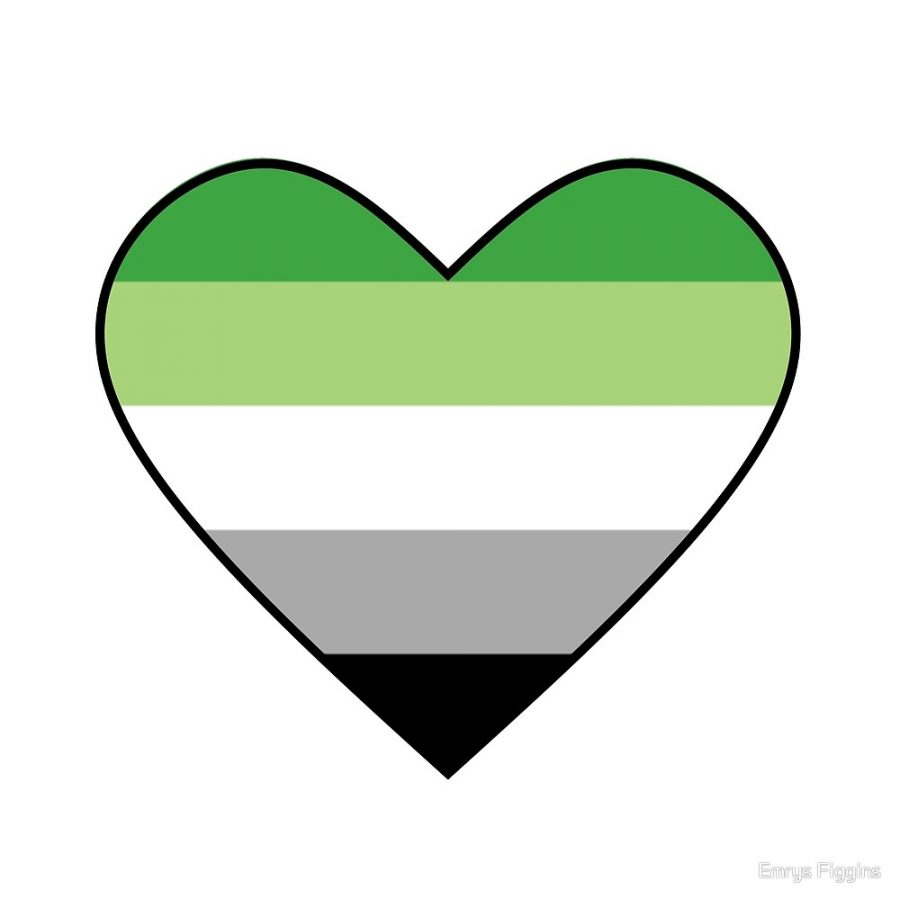 I’ve had the wonderful opportunity to interview one of the creators of the Common Bonds, which is an anthology of speculative fiction currently getting funding on Kickstarter. This is not just any anthology; it is featuring one of the least-represented parts of the LGBTQIA community: aromantics. Aromanticism is defined by a lack of romantic attraction to anyone. There is practically no representation of aromantics in media. Common Bonds aims to change that by being a collection of short stories and poetry centering on that very orientation. As a person interested in representation of minorities and LGBTQIA issues, I was very excited to hear about Common Bonds and sought an interview with Claudie Arseneault, who came up with the idea for the anthology. My questions and comments have been bolded.

Just to start off, how about you introduce yourself and explain a bit about what Common Bonds is?

Okay! So hi, my name is Claudie, and I’m one of the four editors behind the Common Bonds anthology. I’m an aromantic spectrum writer and I’ve been very involved in everything that touches representation of aromantic people in fiction, especially in science fiction and fantasy.

Common Bonds is a dream I’ve had for a year or two now—an entire anthology featuring aromantic characters and highlighting the importance of platonic relationships for many of us.

For those who do not know what it is, how would you describe aromanticism?

In the simplest term, aromanticism is a queer identity defined as the lack of or the very rare occurrence of romantic attraction. This kind of obscures the incredible variety that exists within aromantic people and our often different relationships with romance and partnerships.

You are on the asexual spectrum as well, so why did you choose to create an anthology centering on aromanticism rather than asexuality?

Frankly, because asexual anthologies and spaces for asexual voices already exist (not a ton of them, but they’re there!), whereas I’ve yet to find any that’s dedicated to aromanticism first and foremost. Aromanticism is often assumed to be a subset of asexuality, and thus a part of those spaces, but that’s not entirely true. Many aromantic people are allosexual (they experience sexual attraction), so the Venn Diagrams don’t perfectly match!

Have you ever seen canon aromantic characters in a work of fiction? I know I have not. Or rather larger works, not created purely for and by aromantics?

There are some, usually in works by non-aromantic queer people who know the community fairly well. I’m thinking of Gwen Vere in Foz Meadows’ fantastic An Accident Of Stars, for example, who uses the word on the page.

YA Trad publishing is slowly catching up, with for example The Last 8 by Laura Pohl (that one IS by an aromantic writer, though) and The Lady’s Guide To Petticoats And Piracy by Mckenzie Lee.

But they’re not super frequent. You have to know where to look, and often you’ll find books that really dig into aromanticism and examine it are written by indie aro writers.

Those books sound good; I’ll have to read them.

Yeah, although most of mine are from video games! My two most recent are Vergil from the Devil May Cry series, and Volfred Sandalwood from Pyre. The latter is a tree-humanoid and literally aromantic-pride coloured, haha!

Why is good representation so important?

Oh, there’s something inexplicably beautiful at seeing these unique parts of yourself reflected in a book. Many aromantic people struggle with feelings of brokenness—like they’re machines, less human because they’re unable to love the way the world says they should—and positive representation can really shatter that. Seeing someone who loves the way you do, deeply and truly, just not *romantically*, it’s uplifting. It can really give you a sense of community, of being less alone, of being human and valued, too.

That’s definitely something I’ve experienced to an extent.

In what ways do you think that society—media specifically—is only valuing and showing alloromantic content?

I think perhaps ‘only’ isn’t the right word, but it’s absolutely prioritizing it. It values stories with romance arcs over others, and it often casts villains as ‘people unable to love’ (looking at you, Voldemort). I know authors with strong friendships between a man and a woman who’ve been repeatedly told they should transform that into a romance. As a society, we think of romance as the ‘next step up’ from friendship, and it shows in our storytelling.

What are some great examples of platonic relationships that didn’t fall into a romance mold you have encountered in media?

My most recent and perhaps favourite one is in Archivist Wasp, by Nicole Kornher-Stace. The main character, Wasp, and the ghost she teams up with develop a really profound friendship and she has been adamant about never turning them into romance.

Another striking one for me was Jyn and Caspian from Rogue One? Their arc was built like I’d expect romance arcs to be, so when they hugged at the end instead of kissed, I became very emotional. It meant a lot to me.

That’s how I felt with Will and Alice in Once Upon a Time in Wonderland.

These relationships are so precious, honestly.

What advice do you have for people figuring out that they are on the aromantic spectrum?

My biggest advice is: take your time. Romantic feelings are complicated, and it might feel like you’ll never have answers. Seek out fiction that can reflect you, but remember that we all have different experiences—it’s normal if the characters aren’t entirely like you, too.

It took me over two years to figure out my aromanticism, and I still over between two labels, and I’m in a happy romantic relationship. Humans are complicated, and it’s really okay not to have perfect answers. You’re always welcome in our spaces while you’re seeking those out.

What are some of your goals with Common Bonds?

I’d like to have a wide range of aromantic experiences represented, even if they’re not the focus of all the stories. It’s rare that we have the chance to gather so many stories about us in a single place. I hope most of the community will find itself in it, even if it’s impossible to cover all the ground with a single themed anthology. And I want it to fun, too! If it’s a good read, then we’ve achieved something.

I’m very excited for it!

What type of stories will be in the anthology?

This is a bit hard to answer because our call for submissions is still open, but we’re looking for science fiction and fantasy with a gripping story that puts a platonic relationship at its heart. That can mean mentors, friends, family, neighbours—that sort of stuff. It can range from epic ‘defend the world’ from more domestic stories, too. What we really watch for is the bond between the aromantic character and the platonic partner(s) in the relationship.

Why science fiction and fantasy?

My co-editors and I just love the genre, haha! Anthologies are big projects that demand a lot of time and energy, so you really have to pick something you’ll be passionate about. The combination of SFF, aromanticism, and platonic relationship is something that truly gets us excited.

Is there anything else you’d like to add about Common Bonds or otherwise?

Only that we have a Kickstarter going until the end of March, and it’s impossible for us to pay the writers involved without funding. We need the money to make the anthology, and backing us there allows everyone to get their copies (electronic or paper) at a cheaper price than otherwise. Some reward tiers are also bundles of fiction by the editorial team, so it’s a good way to pick up amazing fiction!

I’m really rooting for you getting the funding you need.

Thank you! I’m optimistic about it, but we need to keep pushing for it!

Well good luck getting the rest. I’ve already donated. And thanks for doing this interview!

Thank you so much for backing, and for having me!

It was my pleasure!

Since our interview the Kickstarter has become completely funded with 450 supporters, and they were able to reach their stretch goal of paying authors profesional wages. If you are interested in submitting stories or learning more information, here is the link to their website: https://commonbondsantho.com/call-for-submissions/ . They are accepting submissions of short stories and poetry featuring aromantic characters and platonic relationships through the end of April. The books are meant to be printed and sent out during Aromantic Awareness Week in February 2020. Representation is so important for people, so it would be a really great action to help people in these kinds of minorities have access to representation like that.