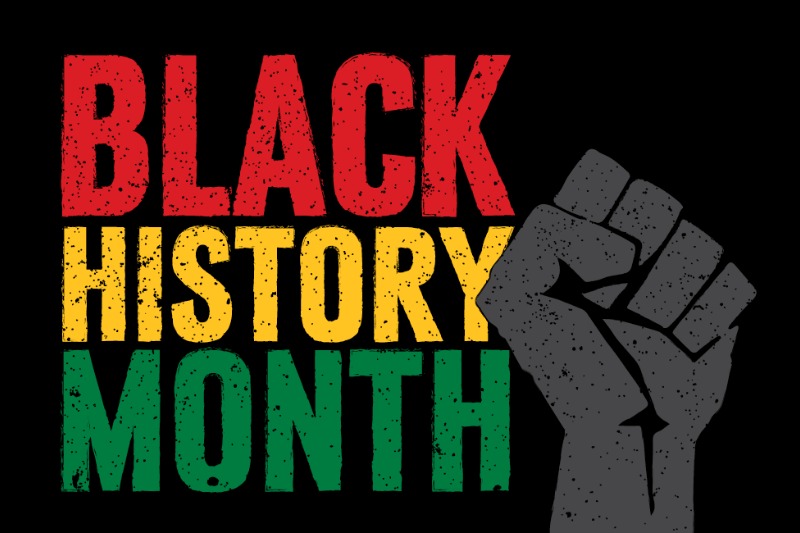 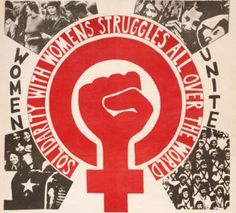 All around the world, certain groups of people are too often not seen for all of their glory. Ever since the civil rights movement ended in 1968, the US has made strides towards reaching the overall goal of equality, though no matter how much improvement has been made, the brutal way that people of color have been treated in this country cannot be erased. On June fourth, 1919 congress passed the 19th amendment, allowing women to vote, and for the first time the entire nation was recognizing that women’s voices should be heard. Black and Women’s History Month are both times to acknowledge those who are too often overlooked; they are times to celebrate the invisible sculptures of the United States.

Black History Month has a story all of its own. In 1926, Carter G. Woodson created “Negro History Week,” to be observed in the second week of February. Woodson was taught by many historians that African Americans had a very small role in US history. He knew that this was incorrect and was enraged by how little black history was taught. To bring light to the problem, he created the commemorative week. He decided that it would be the second week of February because it has Frederick Douglass’ and Abraham Lincoln’s birthday, crucial figures in the struggle for black voices to be heard. During the civil rights movement, many people embraced “Negro History Week,” and people all around the US began to realize that they were taught very little about the role African Americans played in US history. In 1976, when Gerald Ford was president, Black History Month was nationally observed for the first time.

Black History and Women’s History Month have been celebrated since their creation, and here at Morris Knolls we do our best to embrace these marginalized groups. We have a banner in the hallway to celebrate social movements in the US. 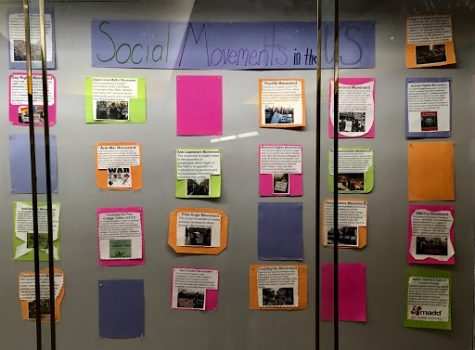 I talked to my history teacher, Ms. Vertucci, about Black History Month and Women’s History Month, and she really opened my mind. The first thing that I think is crucial to understand, is that while both of these months are a good thing, in an ideal society we would not need them. In the perfect world, there would be no reason to set a specific time to acknowledge these groups, instead people would understand that everyone’s history is important, and accepting everyone’s differences would be second nature. Unfortunately, the US had not reached that point. Another idea she brought up is that when the history of these groups is being taught, they are too easily attached to a specific part of their history. A prime example of this is how, for the most part the US addresses African American history as the history of slavery. Another mistake that is made when observing these months is that it can be turned into a trivia contest. This is done with good intentions.  For Black History Month, many times students learn about Martin Luther King Jr and for Women’s History Month they learn about Rosa Parks or Betsy Ross; only being educated on a few key figures, prevents one to learn about Black or Women’s history as a whole. Overall, what I took from the conversation is that in the US, both Black and Women’s History Month can help  improve society, but if carried out incorrectly it could further marginalize these groups.

Black History and Women History Month have taken on numerous different meanings. Many people celebrate Black History Month not only to acknowledge Black history, but to look at how far the US had come as a nation; we have gone from a time when people were treated as property due to the color of their skin to a time when many people know that African Americans deserve equal rights and opportunities. The same goes for women; in the past women were not allowed to go to college and now, in the US there are more women in college than men. The US still has a long way to go to reach equality, as many African Americans are still mistreated because of their skin color and women are objectified due to their gender. One of the most important messages that both Black History and Women History Month aim to convey is that black and women history are also American history. Around the world, other countries are also celebrating Black History Month, such as Canada, the United Kingdom, Ireland (in October) and, the Netherlands (in October). The UK, Australia and Canada celebrate Women’s History Month. Although Black History Month is a good time to celebrate the history of African Americans, as Women’s History Month is for females, people should keep in mind the importance of their history all year.